The COVID-19 virus could be the single greatest threat to business continuity over the next 12-18 months and has caused us to re-evaluate how we work. Manufacturers are looking for ways to keep employees, customers, suppliers and their communities healthy. Expectations are that this global pandemic could last months, and employers need to develop strategies to protect employees and their ability to conduct business for a sustained period. Manufacturers are coming together to share their best practices. Here is a summary of those best practices. These are not designed to be for every manufacturer but an example that could be adopted/modified for your business:
1.  Meet with all employees and discuss good hygiene habits such as washing hands with soap and water for at least 20 seconds. Hand sanitation should occur every 30 minutes. Coughs and sneezes should occur in the elbow and employees need to refrain from touching their eyes, mouth and face. Remind employees of these good habits daily if possible.

2.  Increase hand sanitizers availability throughout the facility with sanitizer that is at least 60% alcohol content.

4.  Increase cleaning in “high touch” areas to every 2 hours. These areas are doorknobs, bathrooms and cafeterias/break rooms.

5.  Implement a 6 ft social distance policy wherever possible. No handshakes, fist bumps or any physical touching. Use phones and radios for communicating even when in the same area.

6.  Cancel or postpone any large meetings. Limit meetings to no more than 25 people. These include all Team Member/Town Hall Meetings, Sales conferences, etc. Encourage teleconferences/webinars even if attendees are in the facility.

7.  Close break rooms and cafeterias and have employees bring lunches from home and eat at workstation if possible. If not possible, rotate lunches to reduce the number of employees in the break room/cafeteria at one time.

8.  Implement a “work-from-home” policy for those positions that can be conducted remotely. Use a conferencing software to keep employees engaged and productive.

9.  Review sick leave and attendance policies. Inform employees to not to come to work if they experience any symptoms or if someone in their household has experienced one or more of the symptoms.

10.  Initiate a ban on travel to all high-risk areas. Restrict all non-essential travel to other areas.

13.  Relocate interview/recruiting efforts to off-site. Explain the “no-handshake” policy to recruits so that they understand your policy. Have candidates complete visitor self-assessment prior to interview.

14.  Prepare an isolation room that is equipped for employees exhibiting symptoms until they can get to a healthcare provider.

15.  Ensure you have proper PPE, gloves, masks, safety glasses for first responders who may have contact with affected employees.

16.  Share your procedures with your supply chain, review their policies and procedures and ensure vendors have a business continuity plan.

If you have someone in your facility that tests positive (diagnosis should remain private):

2.  Work with health officials to identify people who may have been in contact with the individual and determine necessary health screening, containment/quarantine of potentially affected individuals.

3.  Complete a deep sanitation of affected employee’s work area before any other employees work in the area.

4.  Require a doctor’s note for return to work.

Keeping employees healthy is not only the right thing to do but also makes good business sense. Absenteeism can rise to 15% - 30% due to sickness, quarantines, family care responsibilities or just plain fear. Managing through will require constant communications and discipline towards your policies. We can manage through this together. Please share other best practices that you are implementing. Stay vigilant and stay healthy.
Sincerely,
Tennessee Chamber of Commerce & Industry
info@tnchamber.org
Important Links
Governor's COVID-19 Resource Page
TN Department of Labor & Workforce Development-Unemployment Resources
TN Department of Health
Centers of Disease Control and Prevention
U.S. Department of Labor Coronavirus Resources
Small Business Administration

Tennessee Pledge posters are available at the Chamber office for businesses who have made the pledge to protect the health of yourself, employees, and consumers.

Check out our Community Guide

To improve the overall quality of life and business climate for its members through sponsorship of programs which stimulate economic growth, promote civic development and further the free enterprise system.

Host of Christmas Past | Tennessee Crossroads

Tammi Arender travels to Lincoln County and the 20th Annual "Host of Christmas Past" festival in Fayetteville. Visit www.tennesseecrossroads.org for more information about this story and how your contributions to Nashville Public Television will keep this show on the air. 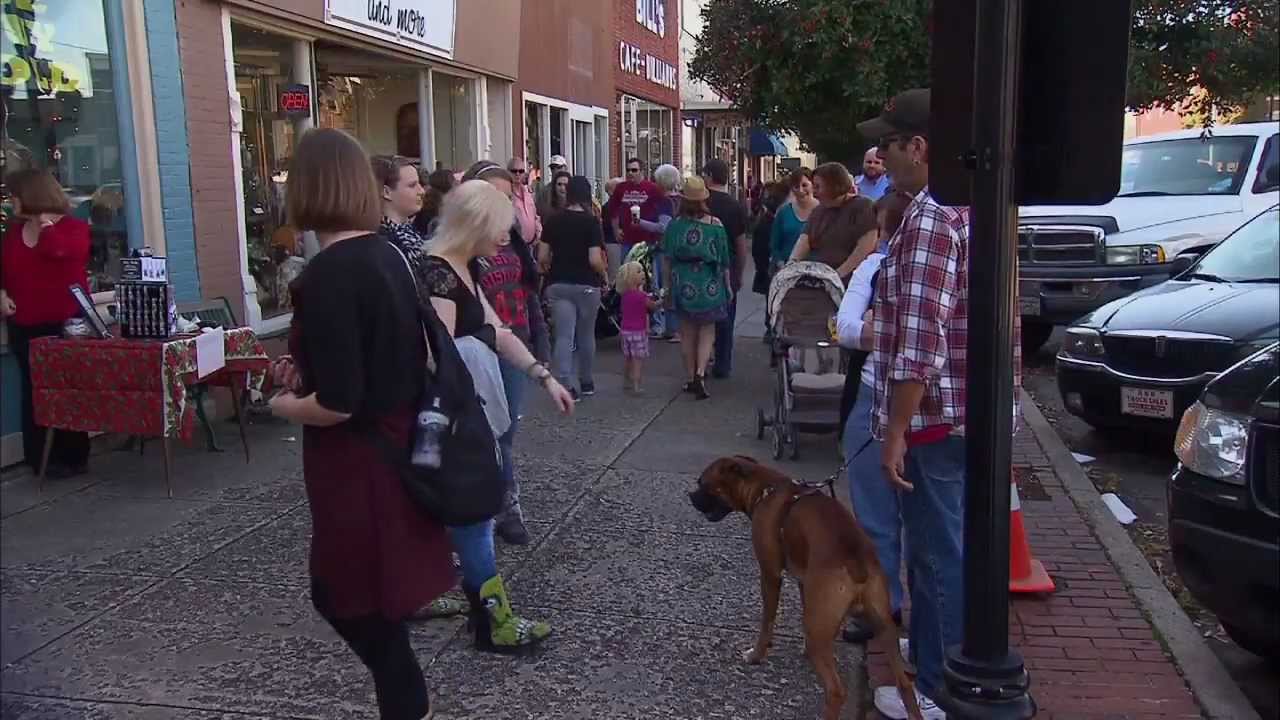 Heritage is preserved and cherished in Lincoln County. Long hunters hunted here as early as 1784, and North Carolina land grants date as early as 1790. Before the first cabins in 1806, there was an Indian village on the Elk River. It is believed that Spanish explorer DeSoto camped at this village, near the county seat of Fayetteville, during the winter of 1540.

Lincoln County was established in 1809 with an effective date of 1810, the same year North Carolina settlers, coming over the mountains from a town of the same name, founded Fayetteville. Always compelled to move west, frontiersman and statesman Davy Crockett lived in Lincoln County in the vicinity of Mulberry in 1809-10.

The Tennessee Militia encamped in Fayetteville in 1813, near four ancient oak trees (still growing today), before fighting the Creeks at the Battle of Horseshoe Bend in 1814. Among the troops under the command of Major General Andrew Jackson, were Tennessee leaders, Sam Houston and Davy Crockett. Fayetteville physician Charles McKinney was also a witness of these events.

War swept through the county again in 1861-1864 as the War Between the States raged across Tennessee. As with other Tennessee volunteers, Lincoln County also sent many soldiers to fight in World War I and II, the Korean War and the Vietnam Conflict. One of the county’s most famous modern military leaders is former U.S. Chief of Naval Operations, Admiral Frank Kelso.

Today, Lincoln County is a rare blend of historic and modern prosperity. Visitors can expect a warm welcome at many scenic and historic attractions. Enjoy our wealth of celebrations, interesting shops, unique restaurants and modern accommodations.

What is the Chamber of Commerce?

The Chamber of Commerce is a voluntary organization that unites businesses and professional individuals in an effort to support our area's economy and quality of life.